The book opens with a woman’s act of violence against her husband. A superfluous part of the book starts from a plug in the protagonist’s life that revolves around his romance with his wife. The narrator is a criminal psychotherapist who volunteers to treat Alicia, who went mum after shooting her husband Gabriel, a fashion photographer, five times in the face. Alicia is a painter by profession, and her life seems to be haunted by the famous painting based on Alcestis, one of the oldest surviving plays by Euripides. The culmination of mistakes made in unprecedented circumstances leads to the loss of not one but two lives.

The finer yet essential details go unnoticed in the first read. The various elements that lead to the reasoning behind Alicia’s action are unravelled as the plot progresses. The individual chapters are like puzzle pieces that fall into place at the last chapter connecting the plot thread. Certain parts in the story seem to drag on, but they set the premise for future sub-plots. Towards the end of the book, the reasoning behind her extreme action is disentangled. The revelation of links between various characters of the story is unforeseen. The portrayal of multiple characters and their emotions in the book blows away the reader’s mind.  The unique writing style makes one hang on to the cliffs and hold on till the end. The wordings of a few crucial lines and twists gives goosebumps to a reader. The tense and unthinkable plot makes it a must-read book for all the thriller lovers out there.

The plot dwells on a series of murders. One of the murders is set 13 years in past from when the story is set. The story revolves around four central characters: Ashley Patterson, Toni Prescott, Alette Peters, and Ashley’s father, Dr Stevenson. When Ashley is convicted of the murders, Dr Stevenson persuades his attorney friend David Singer to represent her. Even though he was reluctant to take up this task, David Singer has to put forward his best foot to turn the case in a favourable direction. The writer brings out the tremendous pressure on David to handle his private and professional life very well. With time and fate against them,  David and his friend race to find evidence to prove Ashley’s innocence.

The elements that find Ashley guilty or innocent are well-placed and carefully structured. Specific judicial terms and proceedings get monotonous, and one loses interest there. Still, the story slowly unravels through these proceedings, and its twists and turns make for a thrilling journey. The story deals with multiple social evils like sexual abuse and the coping mechanism of the mind in that regard. The characters in the tale are well defined, and the language used is simple and elegant. The clever blend of murders and multi-personality disorder condition makes it all the reason to give it a read. 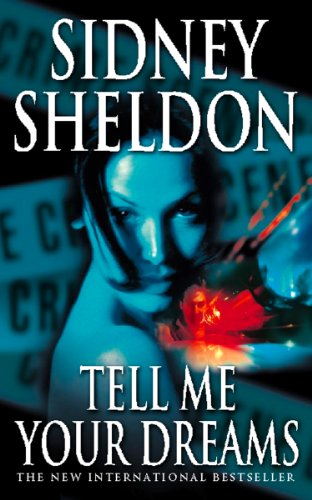 When a child is kidnapped from a seemingly ordinary birthday celebration at Camp David- the Presidential retreat, the nation’s security is threatened. The First Lady appoints her trusted agent to investigate the kidnapping as discreetly as possible. Sean King and Michelle Maxwell, former Secret Servant agents, reluctantly take up this task. Battling her own demons, Michelle is pushed beyond her limits to find the child. Sean and Mitchelle must work together drawing or defending the lines between a friend and foe and make decisions wisely.

I began sympathising with the characters of this book as there are so many complex emotions like hatred, love, fury involved. Specific chapters in the book describe the President’s misdeeds that make me tear up. The characters in the book have reasons to seek vengeance from their foe. I felt that the detailed descriptions of each place of action were not very clear and seemed unnecessary. The descriptions of the atmosphere and the surroundings are intended to make the actions dramatic, but it confuses the reader about where the characters are placed. It felt like the details were added to increase the book’s word count. Mentioning the turn of events through a magazine brings the culprit to justice in the end of a gripping tale. 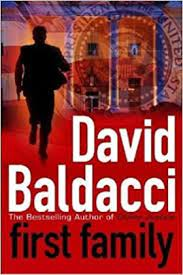 This article was written by Shristi

Behind the Black Mirror