The Students’ Council organized an Open House on 20 February 2020 at 5 p.m. in the EEE Auditorium. Issues pertaining to hostels, academics, club activities and other college facilities were set to be discussed in this event which was open only for B.Tech final years. The event was initially presided over by the deans and the hostel convenor, but all of them made an exit prompted by an apparent lack of gratitude from the students. The meeting resumed after a brief period of suspension with the arrival of the Director and the return of the Dean of Student Welfare. Around 100 students attended the event.

Due to a lack of time and the busy schedule of the authorities, the session concluded within a short period of time, during which issues were raised. They are as follows:

Students from the departments of Civil Engineering and ICE raised a complaint against the alleged unfair evaluation criteria of the institute required internship. They argued that they had all been awarded an ‘E’ grade just because they had pursued an internship in a non-core field and that they had not been informed that their field of work was a criterion. The Dean of Student Welfare responded by saying that it should have reached the students via the minutes of the Class Committee Meeting. But due to the situation of the course during the holidays between two semesters, a proper meeting hadn’t been held. The Director asserted that she had taken all measures that are in her power to look into the situation. She said that she can not overrule the decision taken by a HOD and that she could only undertake an enquiry. She agreed that if departments were to have such criteria, they need to be communicated to the students in advance. She then requested that this discussion be moved to a later date when the affected students could address it directly to her.

Earlier this semester, final year girls who missed roll call 10 times were locked out of their rooms and moved to the common room. They raised a complaint saying that they had not been warned prior to the eviction and that such a measure was unfounded in the hostel regulations. The Director replied that this measure, though not mentioned in the rules, is more lenient than the original alternative, which was suspension after missing roll call thrice. The girls retorted that they should at least be warned before the 10th time to be cautious not to miss roll call the next time, to which the Director replied that even the 75% attendance criteria doesn’t have a mechanism to alert a student and that it was the duty of the student to keep track of their truancy. The Director then requested for this discussion to be moved to her office.

Due to WiFi being cut off at 2 a.m. every day, and Octagon being inaccessible at that time, students from Opal complained that their admission interviews with global colleges were hindered since most of the interviews happen as early (or late) as 3 a.m. They requested for the restrictions to be removed at least for the rest of the semester. The Director replied that the administration had been ready to relax WiFi restrictions but that they hadn’t done so due to complaints from the first and second years.

Less than a week later, a message was circulated that WiFi has been restored for 24 hours in Opal D and E. However, as of 24 February 2020, it hasn’t taken effect.

The event was attended by office-bearers of various teams, including Pragyan, RMI, and the Sports Council, who voiced their concerns.

The office-bearers of Pragyan claimed that the introduction of new clubs was divvying the already meagre amount of money allocated to club activities and that a stringent mechanism should exist to make sure that the old clubs don’t fall into oblivion. However, the Director responded that this is a natural state of evolution and that the old clubs didn’t necessarily have a right to exist just because of their state of existence. The office-bearers of Pragyan then went on to state the redundancy in conducting Pragyan, a full-scale technical festival, and other technical symposia all in the same year. They claimed that it was a waste of resources as both entities offer the same things to a participant. The Dean of Student Welfare agreed and asserted that things should be changed.

Clubs such as RMI were recently subject to their room being partitioned to accommodate more clubs. When asked if anything could be done to restore their space, the Director responded that currently the classrooms and hostels are being given more priority, and that improvements in club space cannot be made with the current state of government funding.

The treasurer of the Sports Council contended that there was a lack of transparency and a superfluity of complexity in administrative affairs. The Dean of Student Welfare promised to eliminate and simplify admin procedures in the coming years.

A student enquired about the possibility of deferred placements, such as the one instituted in the older IITs, to foster an entrepreneurial spirit in the campus. The Director replied that this has to be taken up to the Senate and that the administration is ready to provide support to the students who seek it.

The Director believes that, with the introduction of “fresh blood” through the ongoing faculty recruitment, NITT will change for the better and is expectant of a bright future ahead.

The session lasted for an hour and a half, with over 10 questions and suggestions raised and changes promised. The students expect an increase in the frequency of such events so as to bridge the ever-present gap in communication with the administration. 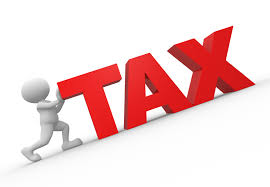