Anyone who reads books, watches movies, or relies on social media for their news has picked up questionable pieces of “scientifically proven” information. I can attest to that, having believed, until very recently, that reindeers did not exist! When writers of fiction use facts to make their works believable, they suspend our disbelief and convince us that things were actually like that. But what happens when writers of facts use fiction to substantiate their work?

Pseudoscience. The art of masquerading fiction as science.

“You could claim that anything’s real, if the only basis for believing in it is that nobody’s proved it doesn’t exist!”- Hermione Granger to Xenophilius Lovegood, Harry Potter and the Deathly Hallows.

The Lovegoods are clearly Harry Potter’s equivalent of pseudoscientists. All their talk of Nargles and Crumple-Horned Snorkacks was deemed ridiculous in a world where unicorns and dragons were commonplace. One would think that the readers would have a similar grasp of the line between science and pseudoscience in the real world. But, apparently not. It’s surprising how high the belief in these “sciences” is, despite being discredited for centuries!

The question then arises, how does it matter if people believe that the position of planets will affect their day or that aliens built the pyramids? While it may be innocuous, it leads you to believe in more dangerous, misleading claims that are based on similar confusions and fallacies. For instance, you could leave yourself exposed to harm because your penchant for pseudoscience leads you to accept increasingly popular notions such as vaccines cause autism, although it has been scientifically disproved several times. It also leaves you vulnerable to be exploited by advertisers. Take for example, the claims of a few cosmetic advertisements, claiming to “boost gene activity” and “stimulate the production of youth proteins”. These advertisements use arcane jargon to sound scientific and give us the impression that they are based on laboratory research and hard facts.

The line between science and pseudoscience has never been clear. What may have started off as a scientific practice, may over time evolve into pseudoscience, as in the case of alchemy, which was considered a legitimate science. However, instances of pseudoscience transforming into science are quite rare. But today, it’s everywhere, from the back of your toothpaste to most of the ads that pop up on your news feed. It makes you wonder, what makes pseudoscience so prevalent? The main reason is our susceptibility to confirmation bias, which is our tendency to search for evidence to support a theory and ignore evidence to the contrary. Another reason is the Dunning-Kruger effect, which says that the less you know, the more likely you are to perceive yourself as an expert. This explains the illusory superiority that most pseudoscientists suffer from.

A healthy dose of skepticism is something we could all do with. Because, in the end, it’s always caveat emptor. 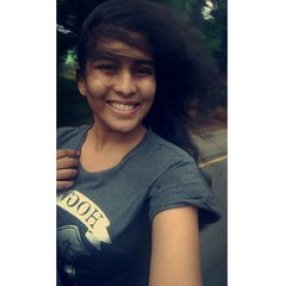 An appreciator of all things weird and a writer, not necessarily in that order. Love traveling, reading and in general existing.

The Psychology Behind Procrastination