It had been a rough week for Richard, and Friday night couldn’t seem to arrive any slower. All he wanted out of this week anymore was time alone at the bar down the block. His mind kept going back to all the great times he had had with Big Johnson, his closest friend since high school, whom he fondly used to call ‘BJ’. BJ decided to quit his job and move out of town to Los Angeles, he always wanted to be a movie star. Richard tried to convince him against it, but BJ simply wouldn’t have it.

“This is my only shot at big money, man. I’m not cut out to work behind a desk.”

BJ promised Richard this though, he would keep in touch and give him a blow-by-blow account of the developments in his acting career. Richard was aware of the perils of showbiz, not too many people make it in Hollywood, but somehow, he couldn’t help but feel that Big Johnson was the full package.

On the other hand, Richard’s work life had become miserable off late. Business was dull and his colleagues were being fired one after the other. There was an air of uneasiness in the office, and it didn’t help that his boss was a real ball-buster, a hellacious woman with a fiery temper.

Richard dragged himself to the bar, his thoughts shuffling between BJ and his own job. He seated himself at the end of the counter, away from all the noise.

He sipped slowly on the Budweiser, he let his eyes wander around, in the hope that he could distract his thoughts. In the corner of his eyes, he saw a man, who looked quite cocksure of himself failing in spectacular fashion to court an exquisitely pretty girl at the other end of the counter.

“Hey girl, if I told you that you had a great body, would you hold it against me?”

Richard had a chuckle at that. He’d had that happen to him before, but was never one to give up. It got him thinking though. Maybe a relationship is what he needed to liven up.

“It’d be nice to have someone care about me, someone I care about.”

He felt alone and hopeless in that moment. He decided to go for broke, and mustered up the courage to talk to that pretty girl across the counter.

“That was pathetic, huh”, he said to her, at the expense of that fallen lad.

“Yea, guys who use sexual innuendos are unfunny pricks”, she said in a matter-of-fact tone of voice.

“I know, that trend has been beaten to death.”

Richard and Fanny got along like they’d known each other for years, and spoke about a ton of things. They ripped on the Trump administration, agreed on The Ellen Show being the greatest talk show of all time, and how the music industry is on the decline. Fanny revealed to Richard that she used to play the trombone, although she was a bit rusty now. Richard himself used to play the guitar, and they joked about playing in a band together one day.

They spoke for about an hour before Richard suggested they go out for dinner, seeing as they hadn’t had much to drink. Fanny obliged.

They skipped down to the bistro by the park, already looking very much like a couple. Richard, for the first time that week, was truly happy. By then, at least for the moment, he’d forgotten about his job woes and BJ. He finally had something else to think about.

The food had arrived, and what a spread it was!

Fanny was thoroughly impressed with the place on the whole. The ambiance was great and the service was swift. The salad was nice. The waiter even offered to toss it for her. The meat had been beaten perfectly tender and was flawlessly cooked. She found Richard’s company delightful. He had done everything right and the rest of the night went just like he’d hoped it would.

Richard walked Fanny back to her apartment. They laughed and joked around on their way there like they had been all night.

Richard was beaming as Fanny gently shut the door behind her. There was a zip in his step as he walked back to his place. The pipes had been cleared, and optimism filled him. He wasn’t worried anymore. Maybe the job situation will start to look up and maybe BJ will do alright for himself in Hollywood.

But life didn’t pan out that way for Richard. The following Monday, he was unceremoniously sacked. Fanny never called back and he never heard from BJ again.

Over the next year, Richard had jumped in and out of a few unsatisfactory jobs. He’d moved out of his comfy apartment in Jersey and into a dingy house in a shady outskirts neighbourhood. He’d passed around his résumé to a few acquaintances, but didn’t get any favourable responses.

It was a weekday afternoon. Richard was at home, sullenly looking at his e-mail, hopeful for a job call, spirits hanging low. This had almost become a routine now for him. He closed his laptop screen and sat on his tattered couch to flip through the channels on his box colour TV. Nothing new, the same movies, the same people being interviewed, and ever-terrible news. Just as he was about to go back to his laptop, ABC News caught his attention. It was a rerun of the previous ‘Good Morning America’ talk show, and the special guest was, to Richard’s disbelief, Big Johnson.

“Well Robin, it’s really simple. My girlfriend, Fanny, gave me that nickname for a very specific reason, if you can smell what The Rock is cooking.”

Big Johnson had finally made it big, and Fanny, well, she had it big too now. Richard couldn’t seem to convince himself to be happy for BJ, and he didn’t know how to feel about Fanny either. He switched off the TV in utter dismay, grabbed his keys and drove off into town to Eddie’s bar where it all began, morale limp, and ego bruised. 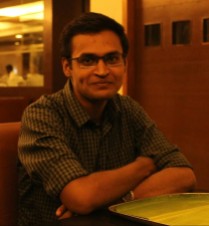 Fake news: Russia to stage its own Olympics