In the past year Indian Cinema has come under the scrutiny of the censor board. Various scenes deemed as ‘going against the traditions of India’ despite carrying very important messages were ruthlessly cut. While the Indian audience is still inclined towards watching movies with car stunts, chiseled actors and item songs, there are films that are slowly coming up in the background transcending the invisible boundaries of Indian Cinema, rebelling against censorship, and Shonali Bose’s ‘Margarita With A Straw’ does exactly that.

Laila: the main protagonist in the movie, belongs to an average, middle class family in Delhi. She goes to college, plays music, hangs out with her friends, flirts, yearns for intimacy, and occasionally browses tabooed websites. What’s the one thing that makes her different from characters in several other Bollywood films? Laila is a wheelchair bound young adult with cerebral palsy.

‘Margarita With A Straw’ is truly a celebration of pure acting talent. Kalki Koechlin: famed for the unconventional roles she plays, raises the bar with her award worthy performance. It requires intensive research and practice for an ‘abled’ actor to the role of a character who is differently abled, and Koechlin aces the performance with ease and not for a moment do her acting abilities come into question. Revathi, with years of experiences under her belt plays the role of Laila’s lovable mother. Driving her daughter around Delhi, accompanying her to New York, the performances of the leading ladies click incredibly, showing the strength of the mother-daughter bond.

The film regularly shows how Laila attempts to be like a normal teenager. Laila’s character has been constructed immaculately. Despite her disability, she doesn’t see it as a weakness and doesn’t look out for sympathy from anyone. When awarded first place in a band competition because of the judge’s sympathy, she quietly wheels of the stage while flipping the finger to the judge. First falling for the lead singer of her band only to be later rejected, Laila moves to New York with her mother to study music. Here she meets the visually impaired Khanum, a young New York resident. They immediately have a connection, and the rest of the movie focuses on how Laila explores her sexuality and intimacy with Khanum- all in an attempt to feel like a normal person.

The film despite having two brilliant actresses, does falter in certain aspects. Agreed, Laila is the main focus of the film but comparatively the other characters seemed poorly constructed. Khanum seems oddly plastic, not showing a lot of emotion in points of the film where the audience expects it. Certain scenes in the second half seem rushed, and seem pointless in the big picture. The film also fails in terms of certain plot points. When Laila opens up to her mother about her intimate relationship with Khanum, the audience is left in suspense, only for Revathy’s character to be removed from the plot.

‘Margarita With A Straw’ is without a doubt the perfect example of the evolution of Indian Cinema. For a film to explore the concept of homosexuality in a country where it is a criminal offence, certainly takes gut and talent to execute it. If you’re looking for sheer celebration of brilliant acting, then this is the film to watch. 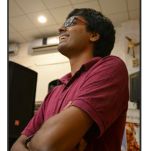 The White Helmets of Syria

Mani is all set for his new life. And life does to

A string of missing persons cases struck Maine at