No really, wait. Hear us out please.

We wrote this article fully expecting to “blow your mind”with our portrayal of Buzzfeed as the internet’s great evil. But then “something amazing happened and changed our lives (and the universe) forever”

Yes humanity, Buzzfeed -which incidentally has an article (en quote) “The Top 10 DUMBEST Buzzfeed Lists You’re EMBARRASSED To Say You CLICKED” – might not be so bad after all. In fact, Buzzfeed could be the model upon which all content-generating platforms are based on in the future. Sounds dystopic? I would counter by saying that I would take a dystopia of that sort over any of the Hunger Games clones that get published these days. But I digress. 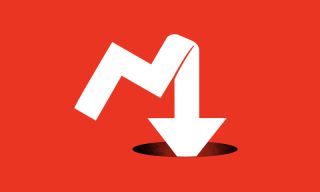 Here’s something to chew on. It was Buzzfeed which worked jointly with the BBC, one of the UK’s most respected news houses, to investigate allegations of betting in the international tennis circuit. And it wasn’t just an association in name either. Buzzfeed’s investigative staff reportedly crunched through data from over 26,000 professional tennis matches across a 6-year timespan. Hiring experts from two universities, they also developed customized simulators to run a massive number of iterations-per-player in order to collect suspicious data.

In the meantime, the investigators also tracked players from across four continents while keeping tabs on seven different bookmakers purportedly involved in the scandal. The footwork of theinvestigation was handled almost entirely by Buzzfeed News’ UK team – comprised of just 4 people.

This wasn’t just a one-off thing either. In 2015, Buzzfeed teamed up with BBC NewsNight to run another story revealing illegal blockage of government funds to the charity organization Kids Company.

And across the Atlantic, Buzzfeed’s American investigative desk has built quite a rep of its own. In February last year, they ran a story exposing a system of incompetence and carelessness in the for-profit foster shelter organization, Last Chance Farm. Their findings, which brought to light multiple deaths and incidents of sexual abuse suffered by children at these foster homes, culminated in a Senate hearing on the subject.

Some of their investigations have even made differences on the individual scale. Arlena Lindley, an American woman, was imprisoned for 45 years for failing to prevent the murder of her son at the hands of an abusive partner. Buzzfeed ran a story profiling her case as well as that of dozens of other women imprisoned on similar charges. In light of the investigation’s findings, a federal court deigned to give her a second parole hearing.

Similar tothe acclaimed spotlight team at the Boston Globe, the stories run by Buzzfeed’s investigation teams are time-intensive and involve a great deal of legwork. It’s quite likely that the reporters worked for months, following their leadswith little to no assurance of finding a story at the end of the trail.

However, there’s an interesting takeaway from this. Buzzfeed is able to support journalism of this scale only because it has the financial muscle to do so. Most of thismoney comes from ad-revenue derived from articles. Important to note though is that their model of advertising is vastly different from conventional advertising that Google runs.

To put in concisely, Buzzfeed quickly cottoned on to the fact that click-type ads (where a web user needs to click on an ad hyperlink) were only hurting the overall experience of web-surfers. Furthermore, they had miserable rate of returns. Per Coull.com, a data-driven advertising platform, only 0.1% of all internet advertising actually gets clicked on.

Essentially, entire articles would double as subtle advertising. For instance, Buzzfeed would write an article; maybe something like “The top ten cats you’re most likely to find driving an Uber”. Following this would be the intellectually depressing task of writing such an article, after which it is sent to be published.

Nowcomes the interesting part. The article would be sponsored or presented by Uber, since the article mentions them. Additionally, any photographs of the aforementioned cat cabbies would incorporate the Uber logo and embedded links to the Uber website. So in essence, Buzzfeed gives brands more ‘natural’ exposure instead of blatant advertising; and in return, the brands pay Buzzfeed.

Though the revenue from these articles is small, the sheer volume and pace at which they’re written ensures a strong multiplier effect.

This inflow of cash fortunately has seen several positive outcomes. For one, Buzzfeed writers could opt to take up longer and time-intensive projects without fear of failure. The viral articles and the easily-written native articles provide a buffer of protection.Secondly, it has enabled Buzzfeed to be bolder in its own editorial hires.

In 2013, they brought on Mark Schoofs, a Pulitzer-winning reporter from the Wall Street Journal, to lead their American investigations team. In 2015, Heidi Blake, an assistant editor at the Sunday Telegraph, was hired to lead the UK team. Since then, Buzzfeed has been successfully recruiting from more-established and more highly-perceived news outlets from all over the world.

Playing into their hands is the recognizable nature of Buzzfeed. It has been suggested by The Huffington Post that a Buzzfeed reporter is more likely to strike gold on a lead than a conventional news agency solely due to the international derision that it receives. For instance, if Buzzfeed were to investigate irregularities in the financial dealings of a chain of supermarkets. The odds that they would get a call back from an inside employee, when approached by one of their reporters is higher than the average. This occurs due to the casual, recognizable nature of the website; it happens to be something that workers can browse on their free time without thinking too deeply about it.

This in turn has reaped rewards in unexpected quarters. More recently, it was Buzzfeed News which was responsible for posting an online transcript of the victim statement of the now-infamous Stanford campus rape case. Atleast a part of the reason why the 7000 word transcript surpassed 10 million views was due to Buzzfeed’s viral nature.

So the devil can indeed do some good.

Not all of it is rosy though. Buzzfeed has grown notorious in the internet world for reusing content from blogs and other news aggregators like Reddit, but then failing to credit the original creators. This seems to be the toll for trying to churn out close to 300 low-effort articles at such a rapid pace.

All of this leads to a queer conjecture; is the annoying nature and clichéd content of Buzzfeed somehow tolerable because of potential? Does the idea of tolerating fillers simply because they could be channelled into quality pieces of journalism sit well with us? Whatever the case, Buzzfeed is controlling the narrative when it comes to world-class investigative journalism. It could be only a matter of time before the general public becomes more accommodative and takes the good with the bad.

When that happens, Buzzfeed will have likely taken over the world, summoned our secret robot overlords and made us all into mindless slaves simply obsessed with everything viral. Oh wait. That’s Facebook.

Only time will tell I guess, and until then, we’ll just have to keep clicking away at the click-bait and finding out “what you’ll never believe happened next” 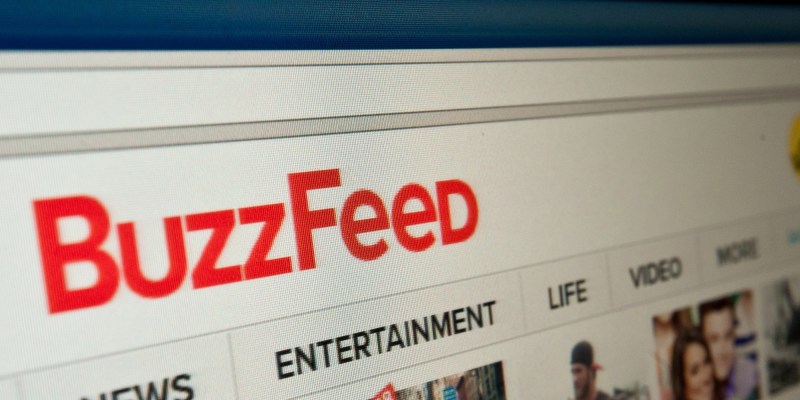 Breakfast: The most important meal of the day

One thought on “Buzzfeed – Not so bad after all?”