“You’re a bloke! You know that right? 5 quid on a team which finished fourteenth, just avoiding relegation? And you’re thinking they will win the title? You’re off your rockers, mate!” chided an intoxicated old geezer, clinging on to his beer cup swaying left and right. He was right though; Leicester City, winning the title had a lesser chance of happening than David Moyes winning X-Factor. Drunk as he was, Leigh Herbert’s gambling problem came to the fore that chilly night.

“Lulz mate! Sometimes, you got to do things for the lulz!” cooed Herbert. Refilling his goblet, he pictured 20,000 pounds falling from the skies in nine months time and he navigating through that brook of money. “That would be nice”, he whispered as he drowned to a slumber.

Never in his wildest dreams would he have imagined his ‘lulz’ move turn out to be true. Fast forward three-quarters of a year, one could easily recognize him as the bloke who made ten archers (20,000 pounds) off the greatest fairy-tale story in the history of sports. “A huge party awaits.” He exclaimed to the press with tears as his favourite team romped home to the title. A carpenter by profession, 25 years of supporting his hometown club finally paid off, emotionally and monetarily.

Leicester City’s achievement shares its position along with other totally incredulous 5000:1 bets. Imagine Kim Kardashian becoming the president of the United States of America. Or imagine how the music world would react if they found out that the King of Rock-n-Roll, Elvis Presley still has time before he kicks the bucket. What if the yeti were to knock on your front door? As can be seen, these ‘what ifs’ and alternative history discussions are exactly what keeps us entertained in our already mundane lives and give a platform for silly yet simulating banter. Let’s proceed on dissecting each such possibility one at a time.

The people of the US may have mixed feelings for the first one. On one hand, the reality show Keeping Up with the Kardashians may give the citizens a ‘much-needed’ insight on how terribly she will be running the nation; something that will cause sleepless nights. The other side portrays the completely nonsensical, stupid soap opera which the show will inflict itself upon the masses. Barack Obama will leave the country and hey, you would have satisfied Trump with that. G7 meetings will revolve around topics like G-strings and Kanye West, her running mate would have found better geography related names for his babies like Middle West after his rap concert at the bomb-stricken Syria. Catelyn Jenner, Khloe and the other herd members sit and act out the important positions. Who else can hold the position of Defence Secretary better than Catelyn?

Elvis ‘The King’ Presley coming back from the dead would change the music industry in a humongous way. All the Eminems and Lil Wayne’s will be li’l compared to his stature and aura. Still churning out platinum records at the age of 80, Elvis would be hailed the greatest  artist of all time ahead of Beatles and the Stones. For starters, this is what he would possibly look like. Eerie but accurate to an extent. 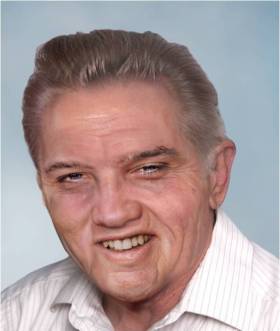 Now imagine these worn out lips moving to the rhythmic beat of classics like ‘Love Me Tender’ and ‘Can’t Help Falling In Love’. As those words travel through the gauntlet of human organs to see light, his old hips shaking as he struggles for balance. As disturbing as it is, look at the flip side. The people of the 50’s, 60’s and 70’s flocking and clicking selfies with their idol, while the current generation still horrified at the sight of a white glittering shirt housing a near-corpse body. They would rather prefer to see King Jeoffrey than faint at the sight of the real ‘King’.

Doctor Who fans would be the happiest bunch on earth if he comes to know the last big ‘what if’ was true, not until the abominable snowman lifts its big foot above their heads. Regarded as a legend still citing lack of concrete evidence, one can see why betters gave such odds over the appearance of the ape. If it were to be spotted, make no mistake that it will become in extinct in six months tops. Companies will pride themselves over how quickly they tapped into the oil generated to keep the skin of the yeti warm and how it can substitute the existing trillion hair products in the best way possible. Excellent branding and export opportunities will arise and humans shall once again come to be known as the dominating species of the planet. Scary, but one can hope for lesser odds for aliens to come and abduct these money lusting corporate.

As fun as it is to engage in hypothetical scenarios (that’s what they thought about Leicester too), it is necessary to bring ourselves down a level (that’s what Leicester fans won’t do) for it is tough to predict how Obama would react if Kim were to actually become president in 2020. He could probably play cricket for England and call Kim’s next baby a sinner. (Damn, did I just pull the next greatest set of predictions?)

A 5-Point Guide to Keeping Your Sanity When Society Collapses

From tea gardens and rivers

The working of the Students' Council is like an ic

The shooting of the romantic action thriller “St

Through the course of multiple rounds of induction

2020 came with a bunch of surprises, and it all hi

In the unending chase for money and fame in the co

Reminder: We are now inducting! The deadline for